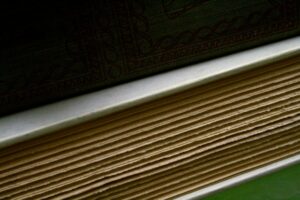 2014. Wow, what a year! I was known to say, often not in the most charitable way, that the year seemed way too long and never ending. It did pass, however, whether I thought it would or not. December 31st is gone, 2015 is under way.

I tried more than once to write a grand blog post at the end of the year. But every idea ended up on the floor – literally. My bedroom has a carpet of paper more often than I liked to admit. Anyway, I was frustrated. After all, I am an author, my craft is to write words, yet I can’t write a post about my year, but everyone else on the planet can? (Okay… Dramatic, I know. I probably had a very similar thought, however.)

Thinking over those failed posts now, fourteen days late, I’m glad they didn’t turn out. 2014 really did feel like the longest and probably most difficult year of my life, but let me tell you why I praise the LORD for 2014.

In this last year, I had times of doubt over everything. My faith, my salvation, almost the very existence of God Almighty. It was the most awful, sickening realization of my life, when I realized what I was questioning. Days of doubt, denial, and prayer. Nights of pouring over my Bible and praying desperately. In the end, He brought me through. With patience and lovingkindness, He didn’t forsake me nor allow me to slip from His hand. That was early to mid-year.

After that time, I went through a period of sore temptation. While fully believing in the existence of the LORD and what He had done through the Son, I was tempted to walk away from Him altogether. I can’t explain it, but for an awful moment, I thought the idea sounded good. Before I ran in the figurative sense, absolutely terrified in the literal sense. I have never begged for anything so fervently in all my life, as I did that day when I begged that my God would not let me go, and would keep me from giving into temptation. Praise Him! He heard and heeded me.

The last season of trial came with depression. Nothing interested me, I cared about very little, and my thoughts were tempted into dangerous places. I prayed, but it seemed the LORD only granted me the strength to keep going, not to overcome.

Then came the most difficult day yet. I spent half of it in tears and all of it in pain. When I went to bed that night, I couldn’t sleep. I spent the dark hours reading a book and praying, begging, pleading for a miracle.

And He granted it.

I woke up the next morning with the heavy, dark cloud gone from my heart and mind. The depression was lifted, for which I bless the LORD!

I will admit to being a little nervous about laying these things out in a blog post. They’re personal and it does make me feel vulnerable. But this post isn’t about me. It’s about the amazing power and mercy of the LORD in my life this year. He has proven Himself faithful, gracious, forgiving, compassionate and mighty to me during 2014 and I want to proclaim it.

Am I afraid of 2015? A little bit. But I’m excited. Because I want to see what He has in store for me next. And you know? I don’t think I’ve ever thought about my future in that way before. Excited when I have no idea what’s coming next or in what way it will come.