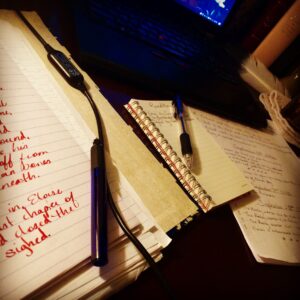 My blogging voice has done its level best to desert me and go on a frightfully long intermission. I had grand plans for posting when this year began, which, as you can easily see, have not reached the fruition of their potential.

Still, I really do miss keeping up with my blog. It’s been a long time since I’ve been consistent, I know, but LORD willing, from here on out, the intermission has reached an end.

Since I last posted, Presumption and Partiality has been moving along – slower than I wanted, but moving. It has proven a challenge to write, but challenges, in the end, are very good for us, and so I hope this one will prove to be.

I’ve haven’t ever written a book in full Historical Fiction genre before – only one story-line in Grandmother’s Letters and after that, a short story set in England during WWII – so that aspect has been fairly new. I have enjoyed the research, however. I’ve learned a great deal about Arizona during the 1930’s, which has proved to be quite fascinating.

I have also come to love the characters that I am working with, though it took awhile, since I struggled at first, to separate them merely being cardboard echoes of Miss Austen’s originals, on which they are based. I do believe that I have shifted from that difficulty though. Sidney still doesn’t talk enough and Eloise simply jumps to conclusions too quickly, but I am quite enjoying moving on to the next page right now. God willing, this book will be released in the shortly coming months.

As this book progresses towards publication, I hope to post updates, sneak peaks, and I even have a new cover to reveal soon, as the last one needed a bit of remodeling. Besides that, I have other posts planned, including some book reviews, an article featuring Kylo Ren, a poem or two, a long-coming paper on death in films, and, if I can get it going, a serial story that I’ve thought up.

In the meantime, I’ve added a few new buttons on my sidebar, where you can see my Pinterist, Instagram, and FB pages. You can find clips from my works-in-progress, a folder of ideas as I build part of Sidney Dennison’s library, and some of the things that happen in my day to day!

“Commit your works to the Lord and your plans will be established.” Proverbs 16:3